Get to know who we are.

It all began in the fall of 1974… a vision was birthed out of the hearts of a few families who had immigrated from India and who had been gathering together in various homes to worship God. They incorporated traditions and cultures similar towhat they followed in their home land.
‍
As time continued, these families realized that a larger facility was needed and in early 1977 they started gathering at the Fairmont Neighborhood Center in Pasadena, Texas.

On September 2, 1978, a meeting with several families and Pastors led to the decision of officially establishing The Indian Pentecostal Church of God, Houston (IPC) with the State of Texas. Today, nearly 30 years later, IPC Hebron, Houston has grown to over 900 to 1000 regularly attending members and continues to grow year by year. We are currently looking for ways to reach out more to our community. On October 19, 2013, we relocated to our new church building facility.

We welcome people from all walks of life to come and join us to worship the Lord. We welcome you and promise to make you feel right at home. We look forward to\ supporting you and your family to grow stronger in Christ. IPC Hebron, Houston has many services and ministries that cater to the diverse community that attend our church. We believe you’ll find something that can be a blessing for you and your family. Please come and join us soon at one of our many services!

The Bible consisting of the 66 Books, is the inspired Word of God, a revelation from God to man, the infalliable rule of the faith and conduct, and is superior to conscience and reason, but not contrary to reason. (Hebrews 4:12, 2 Peter 1:20-21, 2 Timothy 3:15-17)

Man was created good and upright. For God said, Let us make man in Our own image, after Our likeness. But man fell by voluntary transgression and his only hope of redemption is in Jesus Christ, the Son of God. (Genesis 1:27-31, Romans 5:12-21)

The Salvation Of Man - Conditions For Salvation

The Grace of God, which bringeth salvation, has appeared to all men through the preaching of repentance toward God and faith toward the Lord Jesus. Man, saved by the washing of regeneration and renewing of the Holy Ghost, and being justified by grace through faith, he becomes as heir of God according to the hope of eternal life. (Luke 24: 47, Romans 10: 13-15, Titus 2:11, 3:5-7)

The Salvation Of Man - The Evidence Of Salvation

The inward evidence to the believer of his salvation is the direct witness of the Spirit. (Romans 8:18), The outward evidence to all man is life of righteousness and holiness. (Romans 6:22) 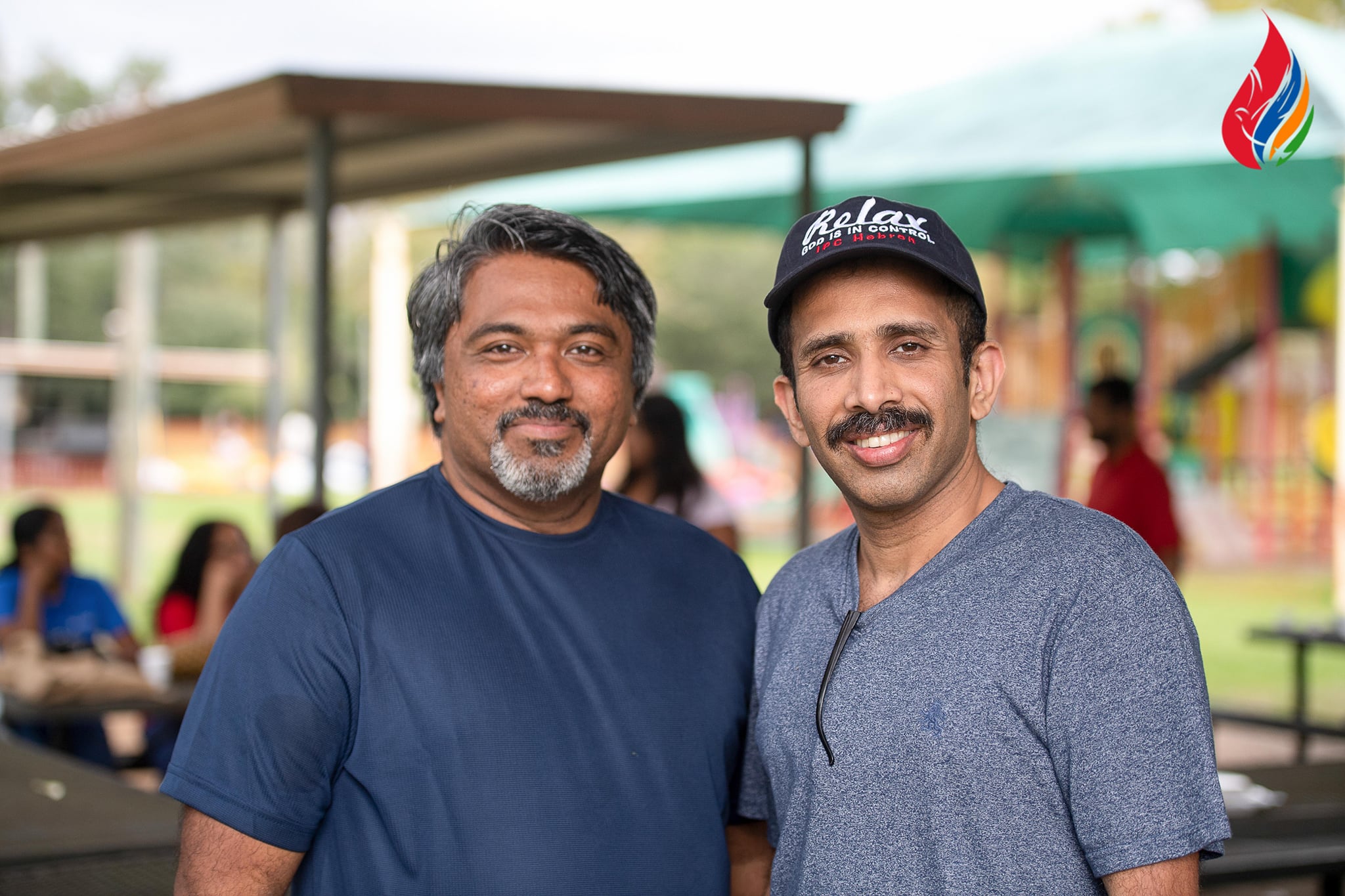 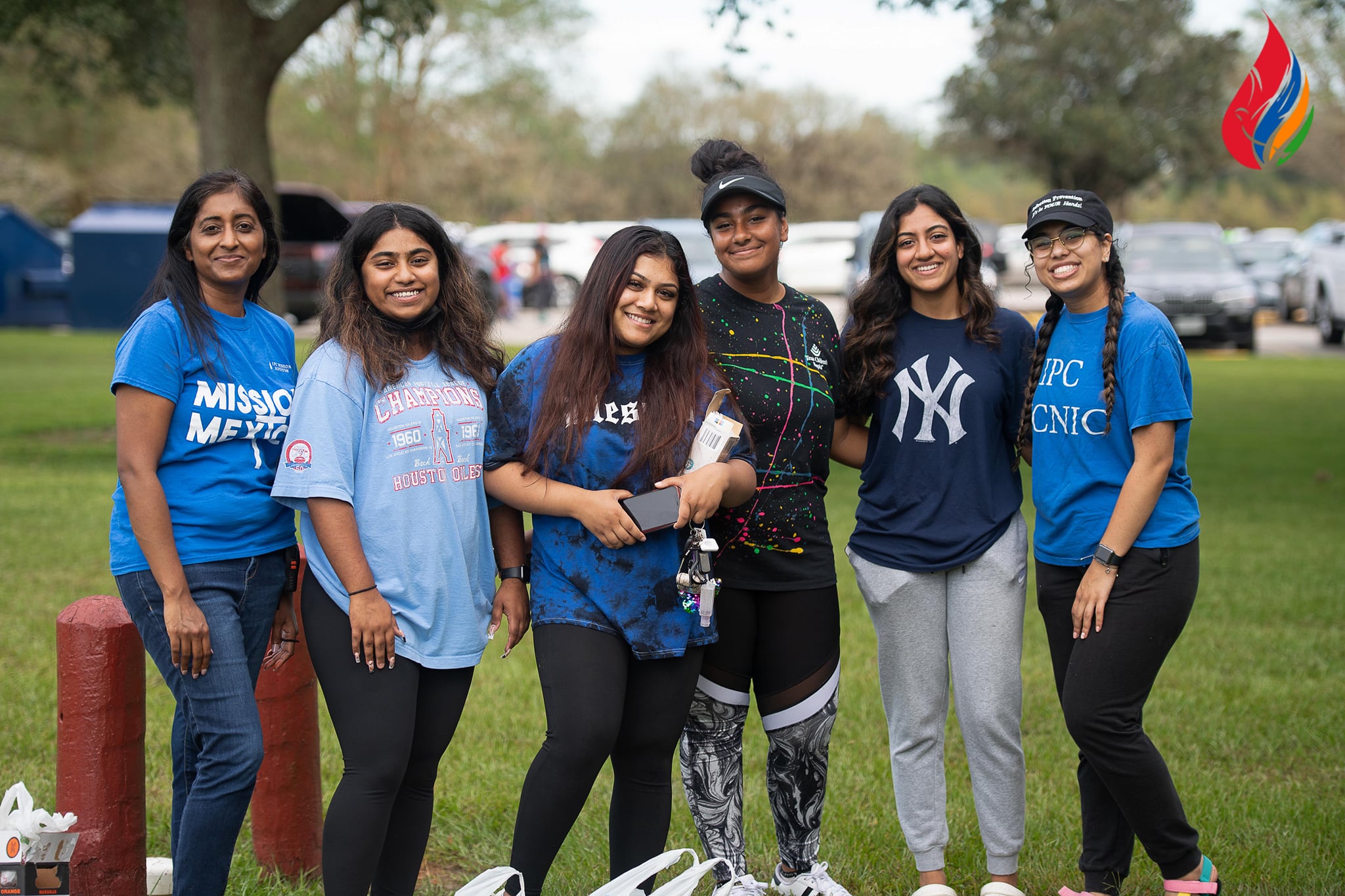 The Promise Of The Father

All believers are entitled to and should ardently expect and earnestly see the promise of the Father, the Baptism in the Holy Spirit according to the command of our Lord Jesus Christ. This was the normal experience of all in the early Christian Church, With it comes the endowment of power for life and service and the bestowment of the gifts and their users in the work of the ministry. (Luke 24:49, Acts 1:4-6, 1st Corinthians 12:1-31) This wonderful experience is distinct from and subsequent to the experience of the new birth. (Acts 2:38, 10:44-46, 11:14-16, 15:7-9, 19:12)

The Evidence Of Baptism In The Holy Ghost

The full consummation of the Baptism of believers in the Holy Ghost is evidenced by the initial physical sign of speaking with other tongues as the spiritual power in public testimony and service. (Acts 1:8, 2, 4, 42, 43, 10:44-46)

The scriptures teach a life of holiness, without which no man shall see God. By the power of the Holy Ghost, we are able to obey the command, ‘Be ye holy.’ Sanctification is the will of God for all believers and should be earnestly pursued by walking in obedience to the Word of God. (Romans 8:4-5, 1st Thessalonians 5:23,24, 1st Peter 11:5,16, John 2:6, 2nd Corinthians 7:1)

The Church is the body of the Christ, the habitation of God through the Spirit, with divine appointments for the fulfillment of her great commission. Each believer born of the spirit is an integral part of the General Assembly and Church of the firstborn, which are written in Heaven. (Ephesians 1:22,23, 2:19-22, Hebrew 12:23)

The Ministry And Evangelism Church

A divinely called and spiritually ordained ministry had been provided by our Lord for a two fold purpose:- The evangelization of the world, The edification of the body of Christ. (Mark 16:15-20, Ephesians 4:11-13) 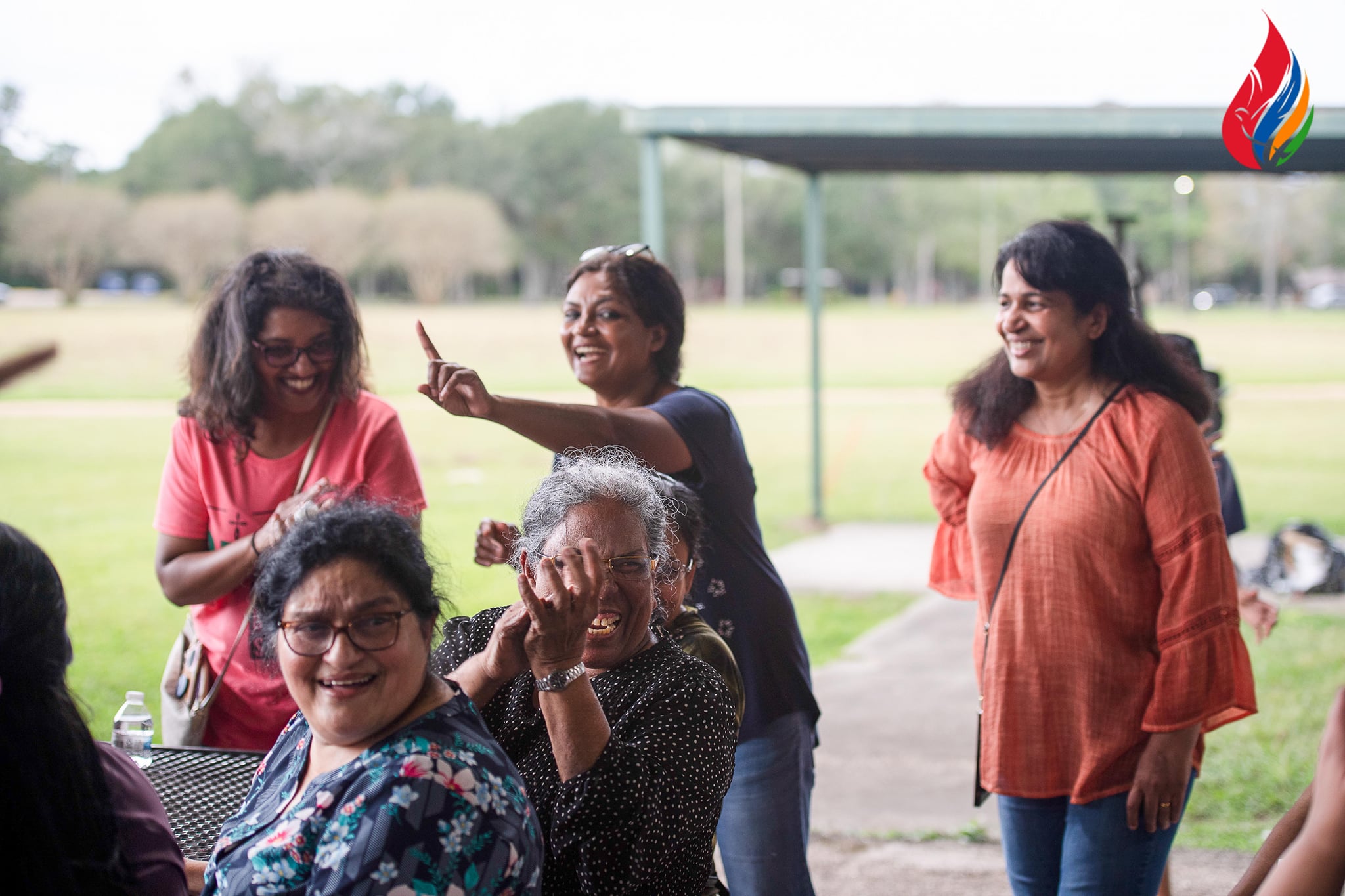 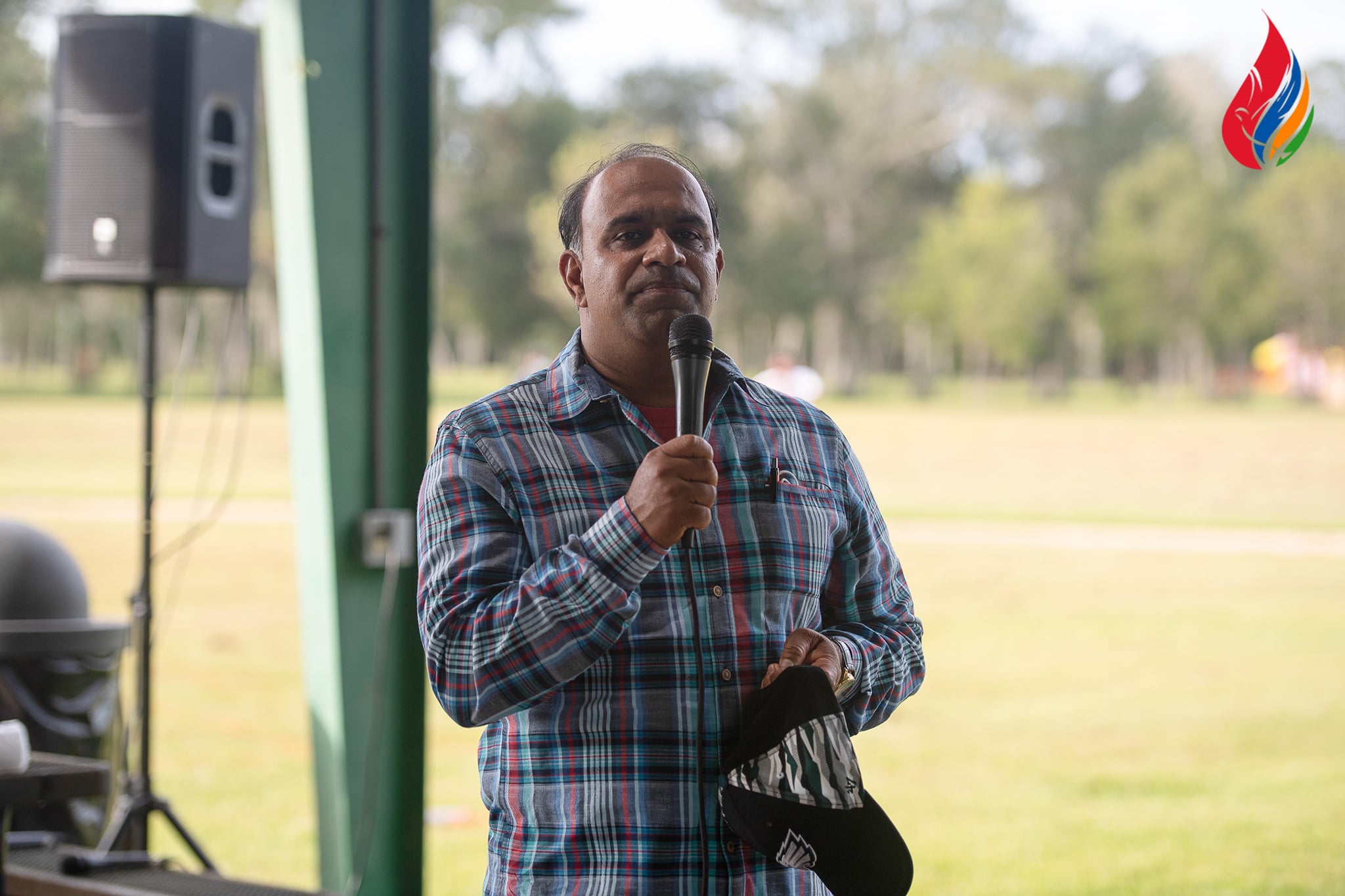 The pre-millennial Second Coming of Jesus Christ, the resurrection of those who have fallen asleep in Christ and their translation, together with those who are alive and remain unto the coming of the Lord, is imminent and is the blessed hope of the church. (Romans 8:23, 1st Corinthians 15:51-52, 1st Thessalonians 4:16-18, Titus 2:13)

The Millenial Reign Of Jesus

The revelation of the Lord Jesus Christ from heaven, the salvation of all Israel , and the millennial reign of Christ on the earth is the scriptural promise and the worlds hope. (Romans 11: 25-27, 2nd Thessalonians 1:7, Revelations 19:11-16, 20:1-7)

The Lake Of Fire

The Devil and his angels, the beast and the false prophet and whoever is not found written in the Book of Life shall be cast into everlasting punishment that is burning with fire and brimstone, which is the second death. (Revelations 19:20, 20:10-15)

The Heaven And New Earth

We, according to His promise look for new heavens and a new earth were in dwelt righteousness.’ (2nd Peter 3:13, Revelations 21:1) 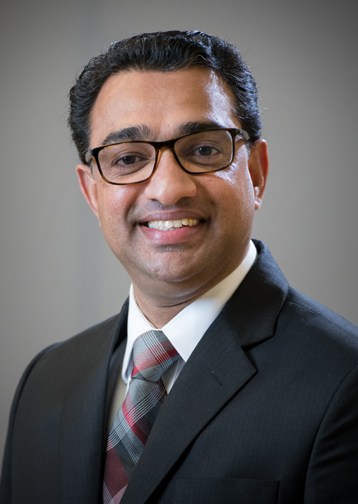 Rev. Dr. Wilson Varkey was born and raised in a traditional Pentecostal family in Narokkavu, a village near Nilambur, Kerala. His parents Mr. Varkey and Mrs. Mary were committed to the Lord and trained their children in the ways of the Lord. Dr. Varkey has three siblings who are actively involved in the ministries of their local churches.

From a very young age, Dr. Varkey sensed the call of God in his life and has been always passionate about serving the Lord. At a very young age, he accepted Jesus Christ as His personal Savior. He took water baptism when he was 15 years old and the same day, he was filled with the power of the Holy Spirit with evidence of speaking in other tongues. Dr. Varkey prepared himself for the ministry while continuing his secular studies. He completed his bachelor’s in Economics while actively participating in spiritual activities both at the local and central levels in Nilambur. His ardent passion for the ministry prompted him to work in the Idukki district for a year before joining for theological studies at Faith Theological Seminary, Manakkala. During this time, he was a part of Christ Alive Ministries, a local mission organization that was active in the evangelization of the villages in Idukki.

Dr. Varkey, with his experience in the mission fields, moved to Faith Theological Seminary where he completed his Bachelors in Divinity. Upon completion of the studies, Dr. Varkey worked as a lecturer of theology at New Life Bible Seminary, Ayoor, Kerala for a year. His time in the seminary was very fruitful in terms of his leadership role as a teacher, evangelist, and preacher. At this time, God’s plans led him to Bangalore, where he completed his Master’s in Theology at UTC. This academic experience opened a door for him to attend the Bossey Ecumenical Institute of Geneva, Switzerland, where theologians from various Christian faiths meet to understand each other and discuss their faiths. It was an enriching experience where Dr. Varkey could impact many lives. Dr. Varkey moved to Germany to pursue his studies at the University of Regensburg, where he completed his completed Ph.D. with Summa cum Laude. Upon the completion of his studies in Germany, he joined with IPC Kottayam Theological Seminary, where he served as the Academic Dean and Assistant Professor of Systematic Theology.

Dr. Varkey and his family moved to Toronto in 2011 to assume the role of Senior Pastor at Zion Gospel Assembly, Canada. It was a very blessed season for his ministry as many people came to the faith, and young and old were inspired to serve the Lord. The church witnessed tremendous growth at this time. When his term ended in Toronto, Dr. Varkey was invited to serve as the Senior Pastor at India Christian Assembly (ICA), New York, where he shepherded the whole congregation. ICA grew spiritually and many new families were added to the church at this time. Both these churches witnessed the move of the Holy Spirit and many ministries were established to spiritually equip the young and old alike.

In addition to the pastoral roles, Varkey is a gifted speaker, teacher, and author. He has written three books (Ormayude Theerangalilude, Role of the Holy Spirit in the Protestant Systematic Theology, Krooshu: Padanam, Dhyaanam, Sandesham) and several theological and devotional articles in various books and Christian journals.

Dr. Varkey is married to Jeena, who also comes from a very traditional Pentecostal family. Her parents are ministers of the gospel in Thrissur. Jeena has two siblings who are also ministers of the gospel. Her grandparents and great-grandparents were ministers of the gospel as well. Jeena has two bachelor’s degrees, a master’s degree, and a diploma in accounting as well. Jeena is very committed to serving the Lord and His people. They are blessed with two daughters: Agnes and Ashley. Agnes and Ashley are both very talented. They serve the Lord as part of the worship team and use their vocals and instrumental skills for the glory of God. They both support their parents in their ministry in any way they can! As a family, they are passionate about the ministry the Lord has entrusted them. They are committed to serving the Lord and His people, wherever the Lord takes them. 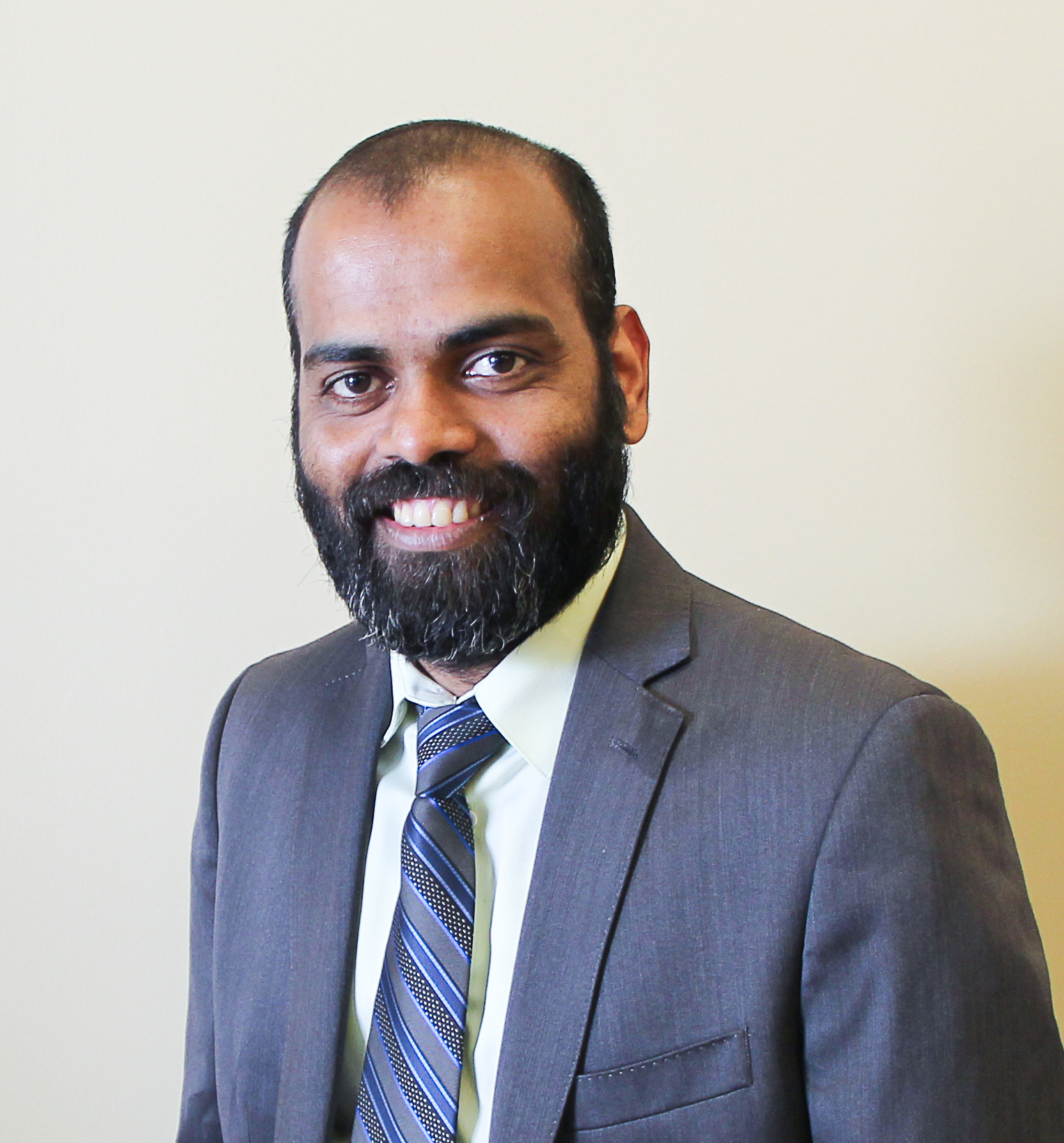 Pastor Alex was born and raised in South India. After completing Masters in both Divinity and Counseling Psychology, he moved to the United States for higher studies. He completed Master of Theology and was trained to be a Chaplain. In response to the call of God, he dedicated his life to serve Him.

Pastor Alex has served God as an Administrator, Teacher, Counselor, Youth Pastor, Campus Missionary, and Chaplain with different organizations. He is married to Monisha, and they are blessed with a baby boy, Liam. They have been serving God in every capacity that God has entrusted to them. They desire to serve Him by extending the love of God to the people around them until the end. 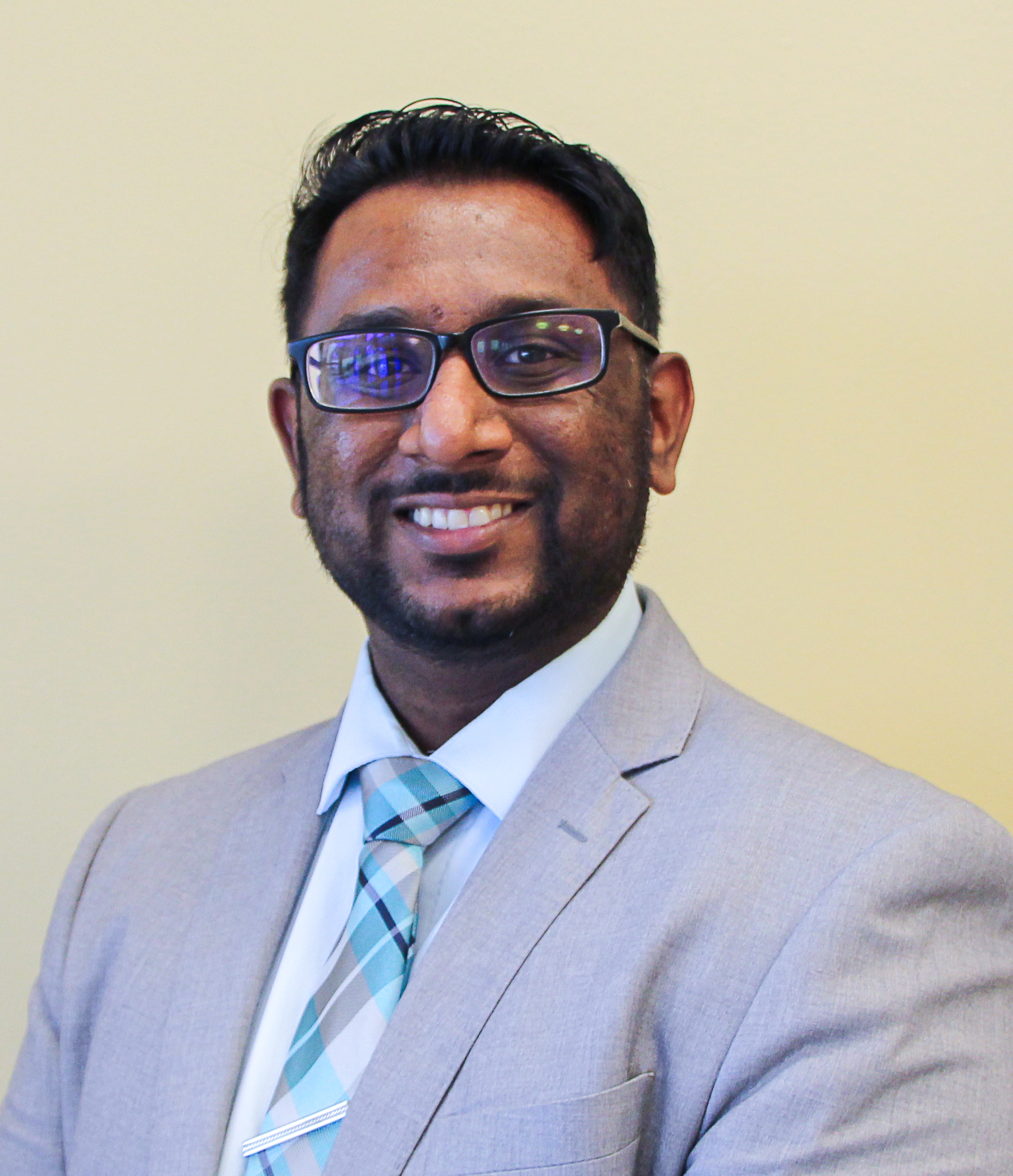 Pastor Chris Peter was born in Kerala and was in New Delhi, India till the age of five, at which he and his family immigrated to the United States. His childhood and upbringing was in New York where he attended India Pentecostal Assembly now known as CornerStone Church. His parents Peter Samuel and late Mrs. Mary Peter helped to raise him with Godly values and a life of prayer.

Pastor Chris accepted Jesus as His Lord and Savior at the tender age 7 in a Vacation Bible School session. On November 28, 2004 he witnessed the Lord in water baptism. After completing his high school education, at the age of 18 he took the decision to go to seminary and begin his theological education. He received his Bachelors of Theology from Reach Out Theological Seminary and Masters of Divinity from Luther W. New Jr. Theological College.After completing his theological education Pastor Chris interned as an Assistant Pastor in Living Church Mission for one year. He then ministered as a youth director, Sunday school teacher and deacon in CornerStone Church for one year. In the year 2018 Pastor Chris and family relocated from New York to Houston, TX where he served as the Youth Pastor of Living Waters Christian Church for two years.Pastor Chris is married to his sweet wife Lois, and together they have a wonderful son, Reuel. In his free time he loves to spend time with his family, help others accomplish their dreams and their journey through life.